Get started with EPCS

EPCS is an important tool in the fight against prescription opioid misuse and abuse as it provides a structured format for monitoring and oversight of patients’ prescription histories and use of controlled substances. EPCS makes it easier for both providers and pharmacists to identify patients who might be “doctor shopping” or show other signs of prescription drug abuse or misuse.1

By 2015, all fifty states had updated their regulations to make EPCS legal. However, although EPCS is legal in all fifty states, it is not yet widely adopted. The majority of prescribers are sending electronic prescriptions, but only an average of 23.6% of U.S. practitioners are currently able to prescribe controlled substances electronically.1

In 2018, the federal government passed the Substance Use-Disorder Prevention that Promotes Opioid Recovery and Treatment for Patients and Communities Act (SUPPORT Act). This Act was passed as a response to the nation’s opioid crisis. It requires that prescriptions for controlled substances covered under Medicare Part D or Medicare Advantage Prescription Drug Plans be submitted electronically beginning January 1, 2021. Medicare Advantage and Medicare Part D prescribers in all states are subject to this mandate and must comply.2-4 However, in the face of the COVID-19 national health emergency, the Centers for Medicare and Medicaid Services (CMS) announced that it would delay enforcement of penalties until January 1, 2022.5-7

Individual states’ mandates may differ in the specific schedules of controlled substances that must be electronically prescribed. Some states require all prescriptions to be electronically prescribed, including both controlled and non-controlled substances.8 To ensure compliance, it is essential for prescribers to confirm the details of their specific states’ EPCS requirements. For more information on the details of each state’s EPCS mandate status, please refer to the individual state links below. 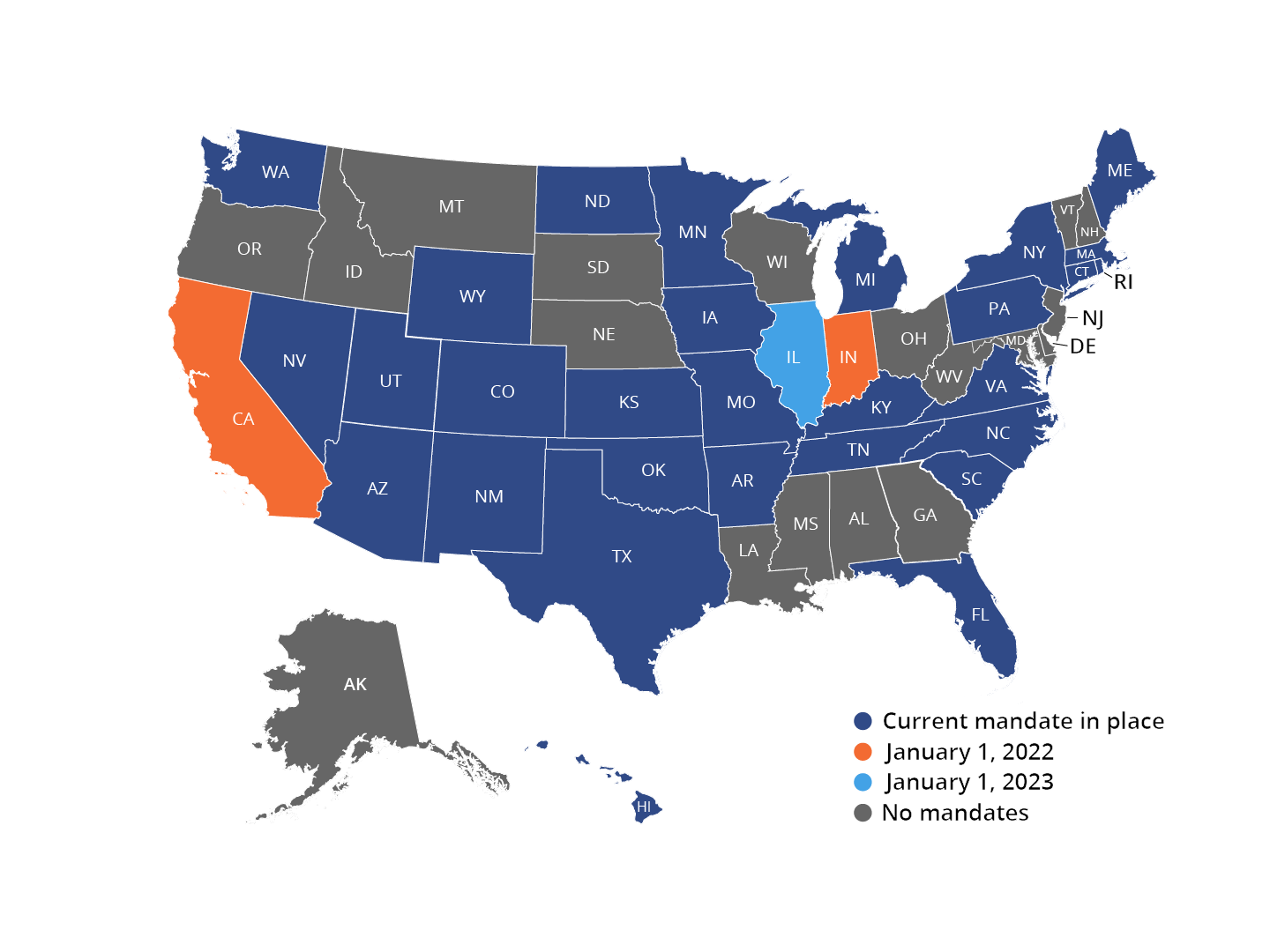 Currently, Practice Fusion provides the means to use EPCS in all fifty states and the District of Columbia. In addition to the requirement for EPCS, many states have also implemented mandates requiring physicians and pharmacists to check PDMPs prior to prescribing or dispensing controlled substances. A PDMP is a state-run electronic database that tracks all prescriptions for controlled substances in the area. PDMPs exist to help monitor how opioids and other controlled substances are prescribed, with the goal of helping to reduce the number of people who are misusing or abusing these medications. Currently forty-six states have mandates for PDMP utilization.11

Many states that mandate PDMP use have also enabled PDMP integration with individual practices’ electronic health record (EHR) and EPCS systems.11 Requirements for integration vary from state to state. Practice Fusion is currently able to integrate with these six states’ PDMP systems:

Get started with our certified EPCS system

An EPCS system can be costly to maintain for each provider every year to stay in compliance. However, electronic prescribing, including EPCS, is included in your Practice Fusion subscription at no additional charge.

Experience first-hand the value of a Practice Fusion subscription. There’s no risk, no commitment, and no cost or credit card required.