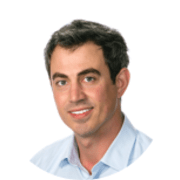 The importance of small practices in value-based care

Even though the Quality Payment Program is complex, it doesn’t have to be hard. Join us for a free live webinar.

In April 2016, the Centers for Medicare and Medicaid Services (CMS) released for public comment a proposed rule to implement the Quality Payment Program (QPP) under the Medicare Access and CHIP Reauthorization Act of 2015 (MACRA). Many who read the extensive document expressed concerns that the QPP in its push for value-based care would disproportionately impact providers in small and independent practices. By CMS’s own estimates, the launch of the program as envisioned under the proposed rule would result in 70% of eligible clinicians in small practices receiving a negative adjustment on their Medicare Part B payments in the first year.

A lot has changed in the past six months.

In the MACRA Final Rule issued in October 2016, CMS provided significantly more flexibility in the first reporting year of the QPP in 2017 to help gradually ramp-up and transition small and independent practices to successfully participate in the QPP. One example is the increased Merit Incentive Payment System (MIPS) low-volume threshold. The threshold was moved from $10,000 to $30,000 in Medicare Part B allowed charges, representing 32.5% of pre-exclusion Medicare clinicians.Small practices that meet this low-volume threshold will be excluded from new requirements in 2017. Even more striking is the updated regulatory impact analysis found in Table 62 of the final rule, which estimates that only 10% of practices of fewer than nine physicians will receive a negative MIPS adjustment during the 2017 transition year.

Because of these changes, we anticipate the launch of the QPP will have a smaller impact on eligible clinicians in small and independent practices during 2017 than was first anticipated.

CMS’s actions signal that they’re listening to small independent practices and appreciating the role they play as one of the cornerstones of our healthcare ecosystem. For example, independent and solo small practices have a lower average cost per patient, with fewer preventable hospital admissions, and a lower readmission rate among their patient populations.

While it’s encouraging that CMS is responsive to feedback, it’s important to note that payment programs are just one part of a much bigger picture of value-based care. Ultimately the implementation of MACRA is an opportunity for small practices and leaders in Health IT to move value-based care beyond reporting. The most value for everyone is found in unburdening clinicians so they have the time to provide the individualized care that delivers the best outcomes. To this end, Practice Fusion looks forward to continuing to serve and advocate for small and independent practices in 2017 and beyond.

Learn more about the QPP in our webinar

Even though the Quality Payment Program is complex, it doesn’t have to be hard. Join us for a free live webinar on December 14 or January 18 to learn:

You may have heard that the Merit-based Incentive Payment System (MIPS)—called “Traditional MIPS”—will be fading into the sunset by 2027.

The number of independent medical practices has decreased significantly in the past several years. Only 14% of U.S. physician practices were hospital-owned in 2012; that...

Continue
CMS releases final rule for the Quality Payment Program: 4 things you need to know for participating in 2017

Today the Centers for Medicare and Medicaid Services (CMS) released the highly anticipated final rule that will implement the Quality Payment Program (QPP) as part...