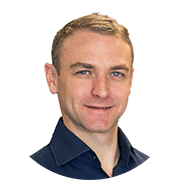 Trust the cloud: How Practice Fusion doctors can stop worrying and learn to love ICD-10

We’ve all been there: an onerous chore that needs to be done, but you keep putting it off. Then it becomes embarrassingly overdue and you put it off again — this time to avoid talking about why you haven’t done it already. It’s ultimately not *that* difficult, but the longer you wait, the harder it gets. Going to the dentist, organizing the garage, posting those vacation pictures…and, for healthcare in the US: implementing ICD-10. The American medical system has been sweeping a major coding system upgrade under the rug for more than 21 years. If you work in healthcare, you’re sick of hearing about ICD-10. If you aren’t in healthcare, you’ve probably never even heard that acronym.

At long last, the delays are over. As of this week, ICD-10 was finally deployed nationwide, spurred by a federal deadline set by the Centers for Medicare and Medicaid Services (CMS). In light of this embarrassing case study in procrastination, let’s take a look back at why the US healthcare system is so hard to change and how properly deployed cloud-based technology can dramatically reduce future transition timelines.

A quick history of ICD-10

ICD-10 is the tenth version of the International Statistical Classification of Diseases and Related Health Problems (and was released before I was even born). ICD has been the standard for classifying and documenting disorders and disease for clinical and billing purposes in the US since the 1890s, with revisions occurring every decade or so.

Much of the fear of the ICD-10 transition has come from physicians, as they learned that the coding system they were accustomed to working with in their practice (ICD-9) was about to be replaced by something that sounded a lot more complicated. From 13,000 ICD-9 codes to 68,000+ ICD-10 codes. But well-planned technology can and should ease this transition. After all, the majority of the complexity in ICD-10 lies in gradually enhancing the specificity of documenting diagnoses, which is something computers are particularly good at assisting with.

For example, in ICD-9, it was sufficient for physicians to simply document “Fracture of unspecified part of femur, closed”. But with ICD-10, more specificity is required: “Unspecified fracture of right femur, subsequent encounter for closed fracture with delayed healing”. With more specificity comes a little more work on the part of physicians to document correctly. The benefits, however, are vast, and range from improved health tracking for the patient, improved general surveillance of public health trends, and more refined reimbursement capabilities as the US migrates from a fee-for-service payment model to one that is much more based on value delivered to the patient and overall public health. Our own senior medical director, Rich Loomis, MD, co-wrote an in-depth article about ICD-10’s medical benefits if you would like to learn more about why this matters to patients and our healthcare system.

Practice Fusion, the Electronic Health Record (EHR) company I co-founded, started planning an approach to ICD-10 before we even had e-prescribing. Back in the heady days of 2007, when we counted each new medical practice using our technology on a flipboard in the corner of a shared office space, we already had a plan for implementing the upgraded diagnosis coding system. While our platform grew and we added new features, customers, and team members, we watched as delay after delay was announced by CMS for the transition to ICD-10.

What should have been a fairly simple standards change was seen as incredibly daunting by legacy EHR vendors and groups like the American Medical Association (AMA). At least four different major deadline delays helped leave the US as the only remaining country still not using ICD-10 codes, 21 years after they were officially ratified. The AMA even went so far as to endorse a bill by Republican Texas Representative Ted Poe earlier this year, which would have prohibited the Department of Health and Human Services from replacing ICD-9 with ICD-10. Fortunately, that attempt failed.

During the years that experts debated ICD-10, the EHR industry quietly and steadily met deadlines for new e-prescribing regulations, Meaningful Use Stage 1 certification, and even more complicated Stage 2 functionality. No doubt, the steady conversion of the industry from on-site servers to web-based technology helped modern EHR vendors get better and faster at rolling out new upgrades to users with minimal disruption to their practices’ workflows. But the delays continued.

When it (finally) became apparent that ICD-10 would not be delayed again, Practice Fusion’s team of clinical, user experience, design, and engineering leads outlined a natural language processing system to help physicians and staff quickly find the right code from the new system. With 5 times more codes in ICD-10, this simplified approach was crucial to easing what could have been incredibly burdensome for physicians.

With modern cloud-based, user-driven technology powering physician practices, much of the fear, uncertainty, and doubt associated with a nationwide upgrade should be avoided. Indeed, a well-designed and thoughtful EHR can make this transition so painless that physicians actually enjoy the sometimes-menial task of documenting patient encounters.

This transition can only be simple if physicians don’t have to worry about installing a technology upgrade, backing up their current software, or learning an entire new coding system. In short, only simple if the EHR is in the cloud and the vendor takes care of all the technology underpinnings without involving the physician. Indeed, this morning, all physicians utilizing Practice Fusion logged in to the new version of their EHR without having to perform any sort of maintenance or upgrade. The new functionality is simply there in their clinical, ordering, and billing workflows, as a relatively minor change to the way that they previously documented diagnoses for patients. Plenty of help resources are also available directly in the EHR to assist with any challenges that may arise, which is another unique attribute of cloud-based software for physician practices.

The final step in upgrading Practice Fusion’s EHR to ICD-10 took just 3 minutes to roll out for all 112,000 healthcare professionals who log in to the platform each month. Contrast this with major on-premise legacy EHR vendors’ upgrade processes, which require armies of technicians and on-site support staff and well over TWO YEARS of testing to pull off. Talk about archaic and painful!

The future of health technology is in the cloud

We expect that there will be a slight learning curve as our community of medical practices gets used to the new codes over the next few weeks. It is a significant change for the industry, but as we’ve shown, with well-designed, cloud-based technology backing a physician’s practice, it doesn’t have to be painful at all. To ensure everyone has the help they need, our support team and our network of billing partners are ready with expanded hours, webinars, and special training to help work through the change.

More importantly, we’re also ready for the next big regulatory changes on the horizon: Meaningful Use Stage 3 and other future reforms that will help make the US healthcare system more efficient, less expensive, and safer for patients. While the age of procrastination and delay in our healthcare systems is far from over, this ICD-10 transition can serve as an example of our industry’s ability to change. Our commitment to the Practice Fusion community is that the EHR will consistently be ready for the latest changes (either long-delayed or quickly-approaching) and will always include free upgrades and support for busy practices that are helping to modernize the US healthcare system.

Visit our ICD-10 Center or watch our recorded ICD-10 Webinar. Practice Fusion’s Director of Clinical Program Management will provide an overview of the changes to expect with ICD-10, as well as how to transition to ICD-10 in your daily workflows.

EHR vs. EMR: what’s the difference?

Continue
Helping your patients with chronic conditions during COVID-19

The COVID-19 pandemic has caused enormous hardships for our communities, with more than 900,000 lives lost since its beginning. COVID-19 has had an especially profound...

In the world of product design, designers are faced with the challenge – and the opportunity – of balancing competing priorities and timelines in the...