Your EHR can help you identify patients with Binge Eating Disorder.

In 2013, the American Psychiatric Association recognized B.E.D. as a distinct eating disorder. B.E.D. is defined as recurring episodes (on average, ≥1 episode per week for at least 3 months) of consuming a large amount of food in a short time compared with others, a feeling of lack of control during a binge, and marked distress over binge eating. Patients also typically experience shame and guilt about their bingeing, among other symptoms.3

B.E.D. is the most common eating disorder in U.S. adults, and is more prevalent than bulimia nervosa and anorexia nervosa combined*1,4 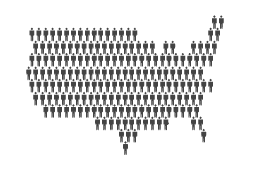 Your EHR can help you identify patients with B.E.D.

Your EHR can help you evaluate patients with the Binge Eating Disorder Screener-7 (BEDS-7) accessible right from your patient’s chart.

Diagnosis should be based upon a complete evaluation of the patient that confirms the criteria for B.E.D. established in DSM-5®. Individuals with B.E.D. must meet all of the following DSM-5® diagnostic criteria:1

Recurrent episodes of binge eating characterized by both consuming an abnormally large amount of food in a short period of time compared with what others might eat in the same amount of time under the same or similar circumstances and experiencing a loss of control over eating during the episode.

These episodes feature at least 3 of the following:

Overall, they feel significant distress about their binge eating.

Their binge eating episodes occur, on average, at least once per week for 3 months.

They do not show regular compensatory behavior associated with bulimia nervosa, nor do they binge eat solely during an episode of bulimia nervosa or anorexia nervosa.